Underwriting Software: One Size Does Not Fit All

Underwriting software needs to be flexible in order to achieve mass adoption. Prior to joining Nine Four Ventures, I spent 8+ years in multifamily and commercial real estate acquisitions, where I underwrote nearly $10B in transactions. During that time, I modified and improved existing underwriting templates and created models from scratch. The extent of the modeling was always dependent on the deal. Some deals were very cookie cutter and fairly easy to underwrite in the templates that existed, while other deals had certain intricacies to them, which made it so modifications (sometimes extensive modifications) needed to be made to the existing template in order to model the appropriate business plan.

And for whatever reason, my prior groups always seemed to get the furthest down the line with the deals that were more complicated in nature. Perhaps that experience makes me more biased, but I believe that for underwriting software to truly take off in the real estate industry, it needs to be flexible and built for the numerous differences between buildings that exist in commercial real estate.

Flexibility: The First Critical Element
Take rent control for example. In Los Angeles, the age of a building is the main factor in determining whether a property is rent-controlled or not. Some rent-controlled units have not “turned” (i.e. had their rents reset back to market rate) in many years. Therefore, the in-place rents are very low compared to market rents and these units may need a drastically larger renovation budget than a unit that recently turned to market. Underwriting software needs to have the ability to track the rent and renovation budget for these two different types of units, which is not too difficult for the underwriting softwares to incorporate.

Granularity: The Devil is in the Details
Additionally, I’ve been asked to produce many one-off tables or schedules to either summarize or break down a component of the deal in more detail. When these schedules/tables derive off the underwriting and change when certain inputs are adjusted, the analyst will want these schedules/tables to exist in the source document so these schedules are automatically adjusted. Nothing is worse than re-creating the wheel in crunch time! Therefore, the new underwriting software needs to have ample schedules/tables, but also the ability to create these tables in their system. If an analyst has to create tables in another system by pulling information from multiple tables or exported reports, they will grow frustrated and want to revert back to the old Excel models. 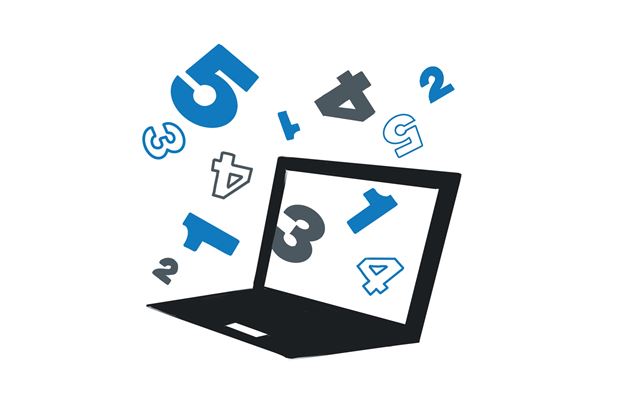 Argus: The Elephant in the Room
But what about Argus? Argus has existed for many years as an underwriting software that exports sheets into Excel. Most of the major commercial real estate players use this software. The primary reason Argus has so much adoption in the commercial real estate industry is that it calculates the future rent for each tenant using lease renewal probabilities and market/renewal lease rates. From experience, it is possible to model out these assumptions (not fun at all!), but Argus makes these calculations much easier and more scalable.

Since Argus solves a very complicated method of projected future leases, it has the staying power within the commercial real estate industry. Due to solving this complicated process and being the incumbent, most institutional players in commercial real estate, from investors to lenders, have used the product for years and also request Argus files from their partners to create their own reports. Some of these users then take these streams and export them into Excel and use their own model to add on construction/renovation costs, deal fees, and/or return and waterfall calculations. For a new underwriting software to succeed in the industry, it will need to solve complicated processes that ease the user’s experience and save time. Then, it’s going to take some time for the larger institutions to jump on board and use the same systems.

Singularity: If You Have Two, You Don’t Have One
While underwriting software might be able to make ~80% of deals fit within their system, it’s these deals that are also the easiest to underwrite with a back-of-the-envelope system or through a somewhat simplistic model in Excel. An owner of a small real estate investment shop might not want to pay a monthly subscription for software to crunch calculations that they can complete on a napkin or in a simple Excel sheet. The medium to large shops that have the budget for new underwriting software might run into the problem where they are using their Excel models for the ~20% of “complicated” deals and the new underwriting software for the ~80% of “simple” deals. Or they may also be exporting data from the undewriting software back into their Excel sheets for supplemental tables. Therefore, they are now using two systems, each of which need to have their costs justified in the group’s budget. This is going to be tough for some groups to justify, especially when Excel is essentially free and used (or accepted) by nearly every group.

Additionally, can any of these new underwriting software systems remove the analyst position or reduce the number of analysts needed? In the short and medium term, I believe analysts will be needed since the underwriting software systems that try to automate the input of rent rolls and financials do not get it right 100% of the time, so analysts still need to check the work. Many groups have different chart of accounts and formats for their financials, so the industry needs to become more uniform before these new underwriting software systems can hit my lofty 100% hurdle (I don’t blame the underwriting software!). In the long term, once financials are more uniform and machine learning is honed in, I believe the hours an analyst spends on data entry will be nearly eliminated, but their time will be spent on business plan assumptions. So perhaps a group with four analysts today can be reduced to down to one or two, but these individuals will be spending less time on tedious data entry.

I am interested to see where this industry goes and who will create an underwriting software system robust enough for industry players to ditch their Excel spreadsheets – and perhaps reduce the number of analysts needed.

PropTech Financial Services Infrastructure
Digitally Native, Direct Insurance
The NAR Lawsuit: What does it mean and what is at stake?

What’s Happening Out There?
Digital PropTech Financial Services
Thoma Bravo’s Acquisition of RealPage: The Dawn of a New Age for PropTech

Remote Work: Technology Solutions to Transition
PropTech: A Remedy For The Lonely?
Branch Office Furniture and the Disruption of an Antiquated Space

The Tools That Will Power The Remote Work Revolution
Rising Through Resilience: “They told me it was impossible, but I did it anyway” With Noah Isaacs of Bowery Valuation
New And Growing Startups Use Branch To Furnish Their Ideal Workspace