Expansion as a Service

Today, it can be argued that it is easier to start a software company than ever before, as infrastructure (ie AWS, APIs, micro-services, open source, etc) needed to start a software company is more readily available and cost effective than ever. This new infrastructure also doesn’t require core technical teams to get bogged down in rudimentary tasks, whereby allowing developers to focus on product development and keeping opportunity costs to a minimum. In addition, the amount of equity capital in the ecosystem to fund tech startups is more than it’s been than at any other point in history. Although a lot of the basic infrastructure and capital needed to start a company is available, it has never been more expensive to scale a software business, particularly in the San Francisco, Bay Area.

A company’s employees are both their largest cost, and their largest asset. Competition for the best and brightest employees, especially in Silicon Valley, is extremely high and when the best employee candidates have multiple offers, the highest compensation package typically wins. Thus, the competition for talent is only growing more intense. As a result, high growth companies are starting to explore lower-cost alternatives and opening satellite offices in parts of the country where quality real estate and untapped talent are available, thus presenting opportunities where the talent competition isn’t as fierce and real estate is not as expensive.

Given the confluence of myriad factors including the strong entrepreneur and venture communities (ie built over the past few decades) combined with the incredible research universities (ie Stanford and Berkeley), weather, and beautiful landscape, Nine Four does not expect to see a decrease in the number of companies founded in Silicon Valley. However, we do expect the number of companies opening satellite offices outside of Silicon Valley to rapidly increase. For example, Amazon recently announced the site of their new HQ II just outside of Washington DC. Carta opened an office in Salt Lake City one year ago that now holds 100+ employees and is expected to grow the team to 400+ over the next several years. Slack launched a new office in Denver last year and has quickly ramped to over 50 employees. Washington DC, Salt Lake City and Denver only represent a small fraction of the cities attracting the attention of tech companies. Some others include: Austin, Indianapolis, Nashville, and Phoenix just to name a few. 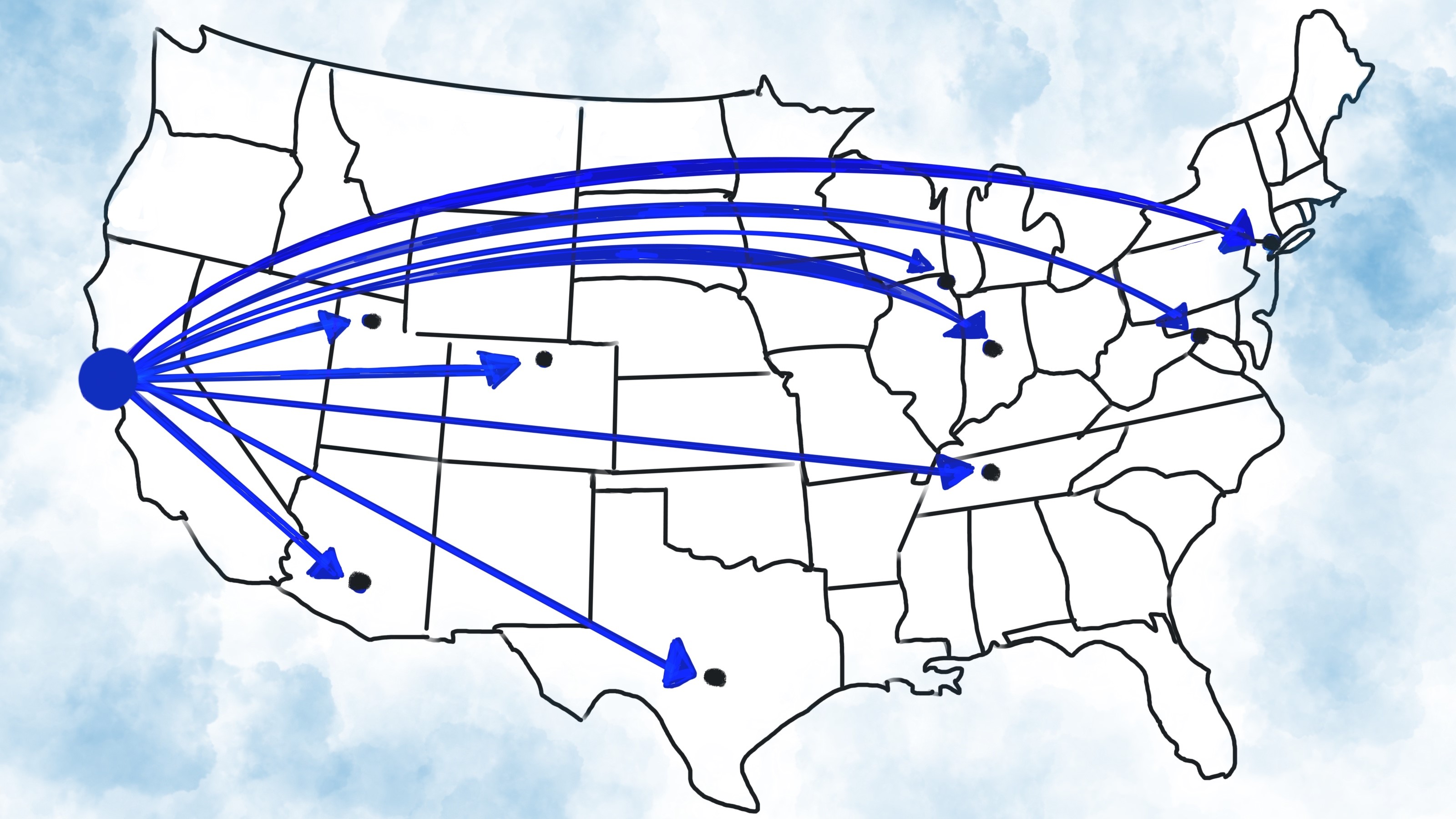 Many cities that high growth tech companies are considering for expansion are located in Silicon Slopes and Silicon Prairie. Historically talented prospects have left those areas in search for opportunities elsewhere. However, today, the cost of living, even for those well-paid tech company employees, is too high in Silicon Valley and we’re noticing the early signs of a trend reversal with employees originally from outside traditional tech hubs asking for the opportunity to return home and work remotely. As a result, disparate, distributed teams are becoming commonplace in the workforce. Given all of the communication technology breakthroughs (high bandwidth, low latency, Slack, etc) over the past couple years has enabled employees to work remotely without sacrificing any productivity. Thus, CEOs of fast-growing tech companies are becoming more open to satellite offices because they do not have to worry about a drop in productivity.

Cities outside of the traditional tech hubs are excited. They want access to Silicon Valley tech companies. They want to show off their cities, retain their talent and revitalize their urban cores. The opening of a satellite office in their city contributes meaningfully to the development of the entire community from the trickle down effect. In theory, this makes sense. However, how do cities actually connect with tech company founders and vice versa? How will tech company founders be able to make the best data driven expansion decisions for their business? Who will be the agents of change that will facilitate this communication and relationship building? Given the urgency and magnitude of this pain point, we believe there is a big opportunity for new startups to use this to their advantage whereby providing solutions and enabling high growth software companies to scale more efficiently. If you’re a PropTech company facilitating and streamlining the expansion of high growth companies into new markets, please reach out! Nine Four Ventures would love to connect and learn more about your business.

We’re delighted to announce our newest investment in Vergo’s $4.1M Seed round led by CRV. Nine Four Ventures is excited to partner with Rich, Einar,

Nine Four is excited to announce our latest follow-on investment in Branch Furniture’s $10M Series A led by Springdale Ventures, with participation from Agya Ventures,

We’re delighted to announce our newest investment in Vontive’s $25M Series B led by Zigg Capital. Nine Four Ventures is excited to partner with Charles,

Nine Four Ventures is an early-stage PropTech investor. We invest in technologies that impact the people, processes, and ecosystems that interact with the built world.